Five years after first introducing Triple P, the county of Santa Cruz has clear evidence of the program’s success – particularly with fathers, Latino families and other hard-to-reach groups.

She said detailed records had been kept from the outset of the original pilot Triple P program in order to track progress.

Now, the results collected show marked improvements, particularly for level 4 interventions. These can be seen throughout the population in general, but also in typically hard-to-reach groups such as males, Spanish-speakers and Latino participants.

“Parents are reporting improvements in their children’s behaviors, and when we look at parents who started the program with the most concerns or experienced the most difficulties, we see the greatest amount of improvements among those families,” Ms Young said.

“Across the board there have been improvements, where the parent’s responses about their children’s behaviors are moving out of the clinical range of concern.”

The results of a special study of participants with open child welfare cases found parents using Triple P had lower rates of new substantiated maltreatment allegations and lower rates of new foster care placements compared to parents who had completed a different prior parenting program offered by the same agency.

“I would say it’s definitely been a wise investment, and I think that many leaders in organizations in our county will agree with that,” Ms Young said.

She also said the directors of the three partner agencies initially became interested in Triple P after seeing the preliminary results of a South Carolina Triple P trial funded by the Centers for Disease Control.  They liked the idea of implementing a parenting program that had been proven to improve parenting practices and child behavior, and was showing that it could reduce rates of substantiated child abuse reports and foster care placement.

“It was the idea of being able to serve not only the families at the highest risk, which is many of the families that were already being seen in child welfare and mental health,” she said. “There was a strong interest in Triple P because of its ability to reach families that just needed a little bit of help, or to reach a whole community with those positive parenting messages. So that tiered, public health approach was also one of the big motivators in our county for trying this.”

Key pillars of Triple P also appealed to the three agencies, particularly its self-regulatory framework (allowing both parents and providers to be self-sufficient and not require ongoing help or supervision) and its use of minimal sufficiency – that is, tailoring the intensity of parenting support given to a parent, depending on their needs and concerns.

“[Minimal sufficiency] didn’t exist before in our community. And again, having all that be available within an evidence-based model that had been proven to work elsewhere. All of that together made it worth trying.”

“Parents have said they found Triple P very helpful and they learned things like how to be more patient, or how to talk to their children, how to give descriptive praise, and create routines, and how to let their teens be involved in making decisions,” Ms Young said.

“Some of those really simple preventative strategies are the things that have made the biggest difference in their relationships with their children.”

For Santa Cruz County the implementation of Triple P was incremental as they worked to build their capacity. Now, a total of 154 people, a combination of para-professionals and licensed clinicians, from various organizations have been trained in the various intervention levels and delivery methods.

“We started with level 4 and 5. And that was based on the recommendation from Triple P America,” Ms Young said.

“But soon afterwards, we had people trained in level 3. And then, the following year, we added the level 2. We started with the birth–12 version, getting all the levels in place. And then we added Teen, followed by Stepping Stones.” First 5 Santa Cruz also implemented an extensive Level 1 social marketing campaign that raised awareness about Triple P and positive parenting through advertising, social media, monthly articles and ‘pocket guides’ with parenting tips.

“The majority of services are free and they’re available through [the two main] family resource centers in our county. Then we have some agencies that don’t get any funding from First 5 Santa Cruz to provide Triple P, but they’ve agreed to incorporate it into their existing programs in exchange for receiving the Triple P training and parent materials for free. And we have a small group of people who are individual contractors or independent practitioners that provide Triple P on a fee-for-service basis. If needed, First 5 will reimburse them for services to make sure that no family is turned away.”

Approximately 68 per cent of the county’s Triple P participants are Latino and about 49 per cent of participants primarily speak Spanish. Many Triple P resources, such as workbooks and videos, are available in Spanish.

Having marked each January as “positive parenting month” in Santa Cruz County, the organizations responsible for providing Triple P to the county are looking to the future – they are determined to create new opportunities to make sure the initiative is sustainable.

“I think the issue going forward for our community and for our local funders is sustainability,” Ms Young said.

“Our hopes or ideas of how to do that are to look for opportunities to have Triple P integrated with or incorporated into other places where parents and families naturally go. We’re looking at paediatricians’ offices being a key place.

“We also want to build on our relationships with schools, so they’re not only serving as host sites for classes, but it’d be great if they had their school counselors or school staff trained in Triple P, or that we had Triple P providers stationed at schools.

“There’s definitely been this growing awareness of the fact that it’s available. I think there’s even more room to grow in terms of really making it available through the entire community, so we truly achieve that population-based approach.”

To find out more about Triple P in Santa Cruz visit http://triplep.first5scc.org. 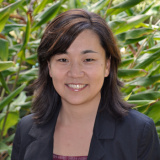