Now the program has taken out the Australian Institute for Training and Development’s Learning Innovation award.

Development of the online community platform was funded by US philanthropic organization the Robert Wood Johnson Foundation to help parents identified as being at risk of harming or abusing their children.

Its effectiveness is being monitored in a trial by the California State University Northridge and the University of Queensland.

“The online community program is currently under trial in Los Angeles with predominantly African American and Hispanic parents,” Karen Turner, the Deputy Director of the Parenting and Family Support Centre, University of Queensland, said.

“These families are very poor. Three-quarters of the parents are on an income of less than $15,000 per year and most are relying on food stamps. A quarter of them have children placed in foster care, more than half are single parents and 40 per cent have been in jail.”

Dr Turner said despite some technical issues with getting broadband connections in the community agencies, parents loved the program.

The collaboration around the online community in California has been driven by Dr Susan Love, a professor at California State University.

“The whole point is to provide parents with the tools they need to make the right decisions for their families so that their children grow up in loving, supportive, healthy environments,’’ Professor Love said. “These parents need to be able to learn to make good decisions for themselves, not be dependent on others.”

Professor Love is hoping that if the online community in LA proves successful, it could be replicated across the US.

It has been adopted by several not-for-profit community agencies such as Family Lives UK and government departments, including Families New South Wales. Triple P Online will be available for direct purchase by parents later this year.

From its origins at the University of Queensland, Triple P has reached parents in 25 countries around the world. The program has been translated into 21 languages. 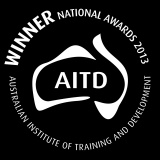